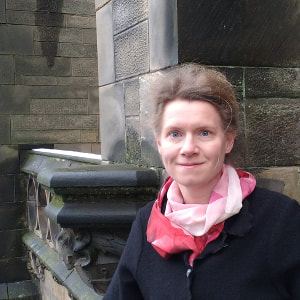 Abstract: ​While the standard assumption in fluid dynamics is that walls are smooth, in reality most surfaces encountered in the real world show at least some degree of roughness. This is a consequence of the many different processes that lead to surface roughness, ranging from surface pits caused by corrosion to the role played by forests and urban roughness in atmospheric dynamics.
Surface roughness affects near-wall turbulence if its height is significant compared to the viscous length scale of the flow. The roughness effect increases with the height of the roughness, but the influence of the roughness topography, i.e. the height distribution of the rough surface and its spatial correlation, on the near-wall flow is not yet fully understood.

​Historically, investigations on the fundamental fluid dynamic effects of surface roughness have mainly focused on simple, regular forms of roughness, such as transverse bars or roughness elements arranged in a regular pattern. More recently, irregular forms of roughness have received increased attention as they are more representative of forms of surface roughness found in applications, such as roughness caused by erosion or fouling.
​
Using direct numerical simulations, results have been obtained for a wide range of irregular rough surfaces that are either based on surface scans or that have been generated using a surface generation algorithm adapted from tribology. Artificial surface generation enables the control of the statistical properties of an irregular surface allowing a systematic probing of the surface topography parameter space. The effect of the height distribution on the roughness, characterised by skewness and flatness, and the influence of the spatial correlation of the surface features on the fluid dynamic properties, such as friction factor, roughness function and near wall turbulence statistics, will be discussed.
Biography: Dr Angela Busse is a lecturer within the Aerospace Sciences Division of the School of Engineering, University of Glasgow. Her main research area is the effect of rough and superhydrophobic surfaces on wall-bounded turbulence. This work is currently supported by two EPSRC grants, “Fluid dynamic properties of irregular, multi-scale rough surfaces” and “Surface-specific Moody diagram: A new paradigm to predict drag penalty of realistic rough surfaces with applications to maritime transport”. In addition to wall-bounded turbulence, she has research interests in Lagrangian statistics of turbulence, magnetohydrodynamic turbulence, aerodynamics of plants, and high performance computing. She recently joined EPSRC’s Research Infrastructure e-Infrastructure Strategic Advisory Team.
​
Angela completed her undergraduate studies in physics at the University of Bayreuth, Germany. During her doctorate, she worked at the Max-Planck-Institute for Plasma Physics investigating the universal properties of hydrodynamic and magnetohydrodynamic turbulence from a Lagrangian viewpoint. After obtaining the doctorate in Physics she worked for several years as a research fellow in the Aerodynamics and Flight Mechanics research group at the University of Southampton, where she started to investigate fluid flow phenomena from an engineering perspective.
The organisers are grateful to the UK Fluids Network who generously allowed us to use pictures from their website and the various photos competitions they organise